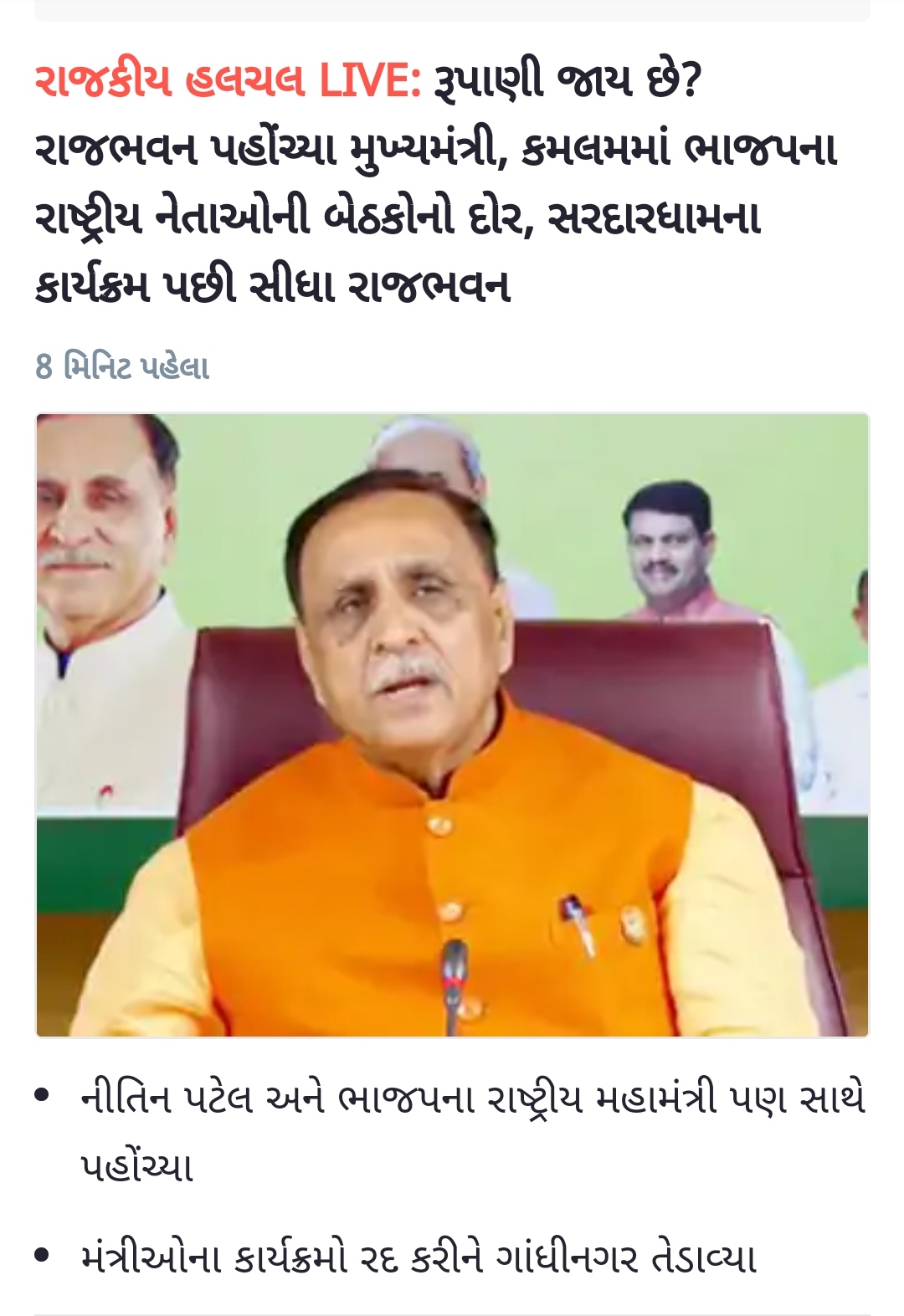 In Gujarat, a situation has developed where political newcomers are being blindfolded. Today, national leaders arrived in the state and began a series of meetings in Kamalam. At Kamalam, a gathering of national leaders is taking place. Rupani arrived at Raj Bhavan right after the inauguration of Sardar Bhavan at Vaishno Devi Circle in Ahmedabad. From there, Rupani briefed the media. Vijay Rupani, the Chief Minister of Gujarat, resigned, thanked the party, and sought Prime Minister Narendra Modi’s advice.
The BJP’s movement in Gujarat is gaining traction quickly.

The BJP’s momentum in Gujarat seems to have accelerated following the arrival of BJP National Organization General Secretary BL Santosh in the state. At Kamalam, Gujarat BJP President CR Patil is meeting with national leaders in a closed-door meeting. The meeting was also attended by four other general secretaries. Ratnakar, the general secretary of the Gujarat BJP, is also present during the meeting.

The Union Home and Co-operation Minister unexpectedly arrived in Ahmedabad.